Alibaba Group Holding Ltd’s revenue grew at the slowest pace on record for the July-September quarter, underscoring how the e-commerce giant’s post-pandemic rebound is starting to plateau. 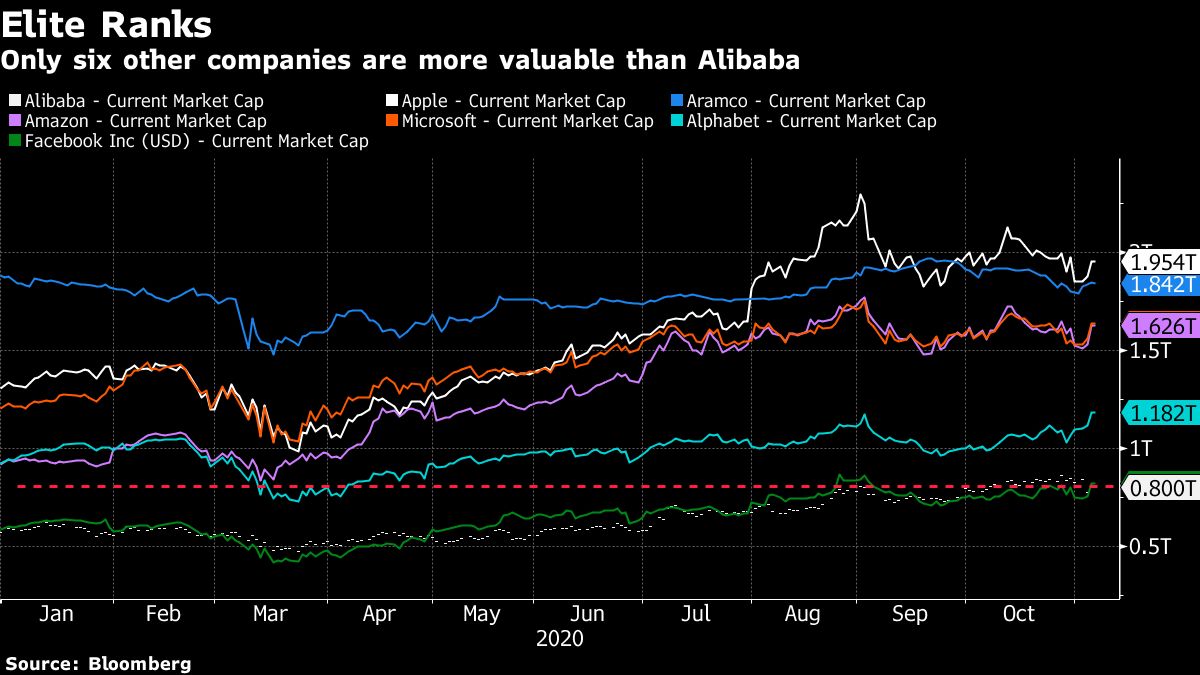 Revenue for the three months ended September rose 30% to 155.1 billion yuan (US$23.4 billion), meeting the 154.8 billion yuan average of estimates. Profit fell 60% to 28.8 billion yuan from the year-earlier period, when it booked a one-time gain from the acquisition of its stake in Ant Group Co. The sales gain may not be enough to reassure investors worried about the derailment of Ant’s IPO, which sparked a US$64 billion sell-off Wednesday. The company’s American Depositary Receipts fell as much as 3.4% in pre-market trading.

Alibaba had benefited from stronger sales in its home market, which had led the global recovery from Covid-19. Gross domestic product grew 4.9% last quarter, making China the world’s only major growth engine. The e-commerce titan is banking on more than a quarter of a million brands, increased discounting and technologies like livestreamed selling to draw consumers to its annual blockbuster Single’s Day shopping festival, which culminates next week.

The earnings headlines were “mixed,” Mirabaud analyst Neil Campling said in written comments, adding that Tmall growth was slower and the number for mobile monthly active users was well below expectations.

Alibaba rallied 6.3% in Hong Kong Thursday, rebounding from the previous day’s losses. The shares have gained roughly 73% from their Covid-19-era lows in March and touched a record high in October, when Ant’s IPO had been priced.

Retail and institutional investors had flocked to the record US$35 billion-plus IPO, betting that Ant will overcome high valuations, regulatory headwinds and rising competition to reshape the future of global finance. But authorities called a halt to the IPO on Tuesday, in view of regulatory changes. 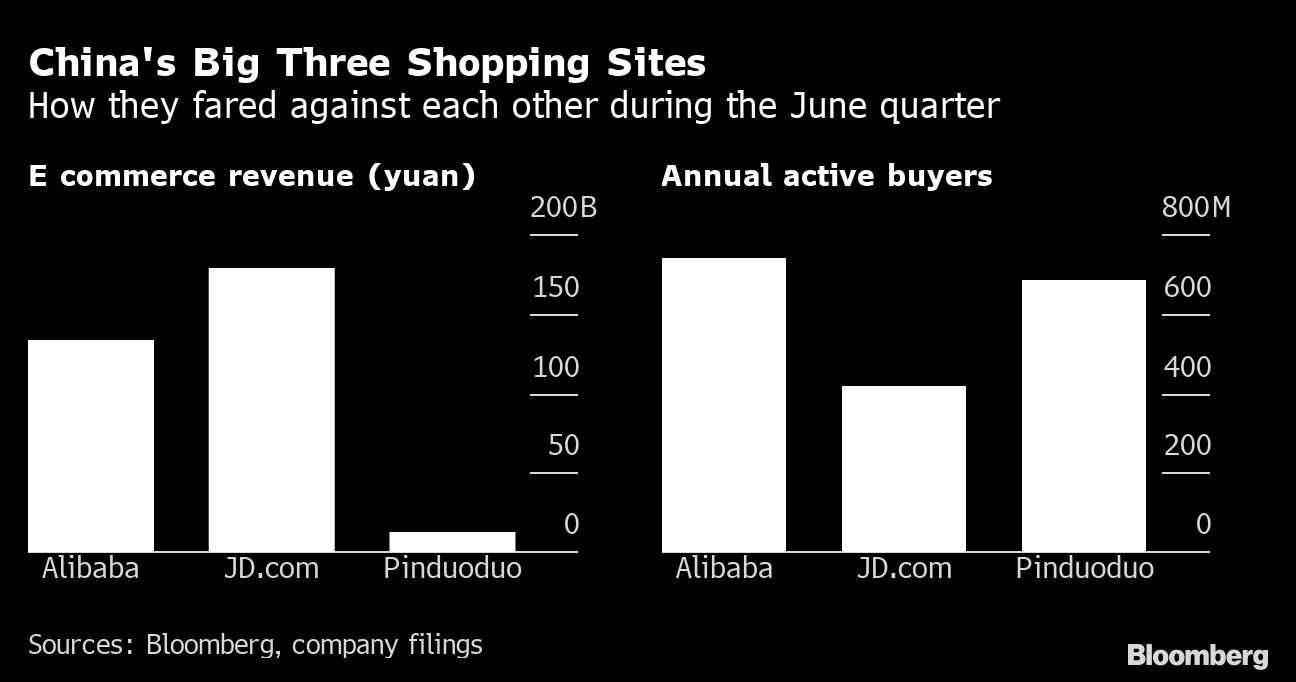 Alibaba had subscribed to more than a fifth of Ant’s Shanghai offering and also received about 1.16 billion H shares, helping it retain a roughly 32% stake in the fintech giant.

Annual active consumers grew to 757 million in the September quarter, driving a 29% increase in its core commerce business, Alibaba said. The closely watched customer management revenue for China commerce rose 20% in the quarter.

To capitalize on the boom in online groceries, the company last month paid about US$3.6 billion to double its stake in Sun Art Retail Group Ltd, taking control of one of China’s largest hypermarts to try and fend off rivals like JD.com Inc. Other competitors are also challenging Alibaba’s pole position, ranging from upstart Pinduoduo Inc to Tencent-backed Meituan Dianping.

Alibaba’s core commerce business should expand at a compound annual growth rate of 23% from 2021 to 2023, CGS-CIMB analysts including Lei Yang wrote. Growing regulatory scrutiny over Ant’s lending business shouldn’t exert a great impact on Alipay, the digital wallet underpinning the majority of transactions across Alibaba’s platforms, they wrote.

Revenue for Alibaba’s cloud division jumped 60%, driven by demand from customers in the internet, finance and retail industries. The unit is forecast to turn profitable for the first time ever in the year ending March, Chief Financial Officer Maggie Wu said earlier this year. That will be a milestone for the decade-old business, which competes with the
likes of Amazon Web Services, Microsoft Corp and Google globally and is fending off upstarts like Tencent Holdings Ltd at home.

Alibaba unveiled its newest business last quarter, a so-called smart factory that it’s been operating under wraps for the past three years. While still nascent, the company is betting that “new manufacturing” — using consumer data and technologies to improve efficiency in production — will help it reinvent China’s outdated factories the same way it modernized the country’s brick-and-mortar retailers.